Enduring value: Modesto Junk Co. has recycled metal and other scrap for 100 years (The Modesto Bee)

Thus was born Modesto Junk Co., which bought and sold scrap metal and various other items.

The business has endured into the fourth generation of family ownership. The Highiets are marking the 100th anniversary not with any major events, but with a continued devotion to customer service.

That means fair prices for the bottles and cans that hundreds of people redeem at Modesto Junk every day. And it means value for the companies that purchase large volumes of metal, plastic, glass and cardboard to recycle into new products.

“We’re going to celebrate by working each day,” said Jeff Highiet, the director of operations and grandson of the founder. He and son Keith Highiet, who has several management roles, provided The Modesto Bee with an inside look last month.

Modesto Junk employs 27 to 32 people, depending on the time of year. It operates mainly at the original location at Ninth and N streets and in 2018 added a scrap metal site on Kansas Avenue near Highway 99.

The company recycled 55.5 million pounds last year, most of it scrap metal. The crew uses mighty machines to shear the metal into manageable pieces and to compact various recyclables into cubes a few feet across.

Alex Highiet was born in 1892 in Russia, part of a Jewish community ill-treated by the government. He immigrated to the United States through Ellis Island in 1913 and ended up in Stockton due to family connections. He married Nettie Zeff, a native of Modesto, and they settled in her hometown.

Modesto had about 9,000 residents in 1920. The town was booming thanks to irrigation, food processing and related industries, but Highiet’s poor English limited his prospects.

“He couldn’t get a job, and so the only thing he could do to make a living was collect junk,” Keith Highiet said.

The exact date for the start of Modesto Junk is unclear, but it was already advertising in the Modesto Evening Herald in January 1920.

“We pay San Francisco prices for hides, wool, pelts,” a classified ad said. “We buy old cars and any kind of machinery.”

The company collected bones to be made into glue, rags that became new fabric, and newsprint and other paper. World War I had ended just two years earlier, so Highiet dealt in plenty of military surplus materials. He handled the first generation of junked automobiles, even as he drove a horse and buggy himself to collect materials.

Harvey Highiet, the oldest of the founder’s children, was born in 1921 and would become Modesto Junk’s second leader. He learned the trade as a boy, making the rounds with his father, and is credited with stabilizing the finances later.

“It was all manual labor,” Jeff said. “I remember taking things apart in the 1950s with a Phillips screwdriver.”

Modesto Junk had a railroad spur back in the day. Workers pushed wheelbarrows up a ramp to load the rail cars with scrap.

The company started to mechanize in the 1980s, allowing much greater volume at the two-acre site. The main tools today include two excavators with buckets, another with clawlike extensions, and shears that can slice metal as thick as 7.5 inches. A large magnet pulls iron and steel from the copper, aluminum and other nonmagnetic metals. Several scales weigh what’s coming in and going out.

The 1970s had brought a boom in household recycling, as people in Modesto and beyond became concerned about pollution and resource conservation. A 1986 state law reinforced this by placing deposits on many beverage containers.

The company in 1995 added the warehouse that still is the place where household recyclers get paid amid the cacophony of conveyor belts, forklifts and shattering glass.

Modesto Junk trucks some of its scrap to the Port of Oakland, where it goes onto ships bound for various parts of the world. Some of the scrap is taken by domestic processors, including one supplying the Gallo Glass plant in Modesto.

Scrap dealers face fluctuating prices on world markets, tied in part to economic conditions, Jeff Highiet said. And buyers in China started demanding higher-quality plastic bottles a few years back, rather than a mix of various types. In recent months, coronavirus shut down much of the shipping to that nation, and its effects are spreading.

“We just keep moving material anywhere and anyplace that we can, and if we can,” Jeff Highiet said in an email Wednesday. “No time to be long in inventory.”

Modesto Junk works with law enforcement to prevent metal theft, such as copper wire from irrigation pumps and other devices. The company helped develop a 2008 state law requiring IDs from people bringing in these items, among other safeguards.

Keith Highiet, born in 1979, is part of the fourth generation and has two young sons who could be the fifth. He likened running a junkyard to conducting a symphony, as employees process the material quickly yet safely amid the steady stream of customers.

His father noted that they will slow down as needed to ensure quality. He said this as an employee was snipping the plastic tape around a spool of aluminum to ensure the metal is close to pure.

One small part of the founder’s original building remains, a corrugated metal facade with “Modesto Junk Co.” in block letters. It isn’t going anywhere. Nor is there any plan to change the name to something fancier.

“After 100 years, most people in town know what it is,” Keith Highiet said.

This article was originally published in The Modesto Bee 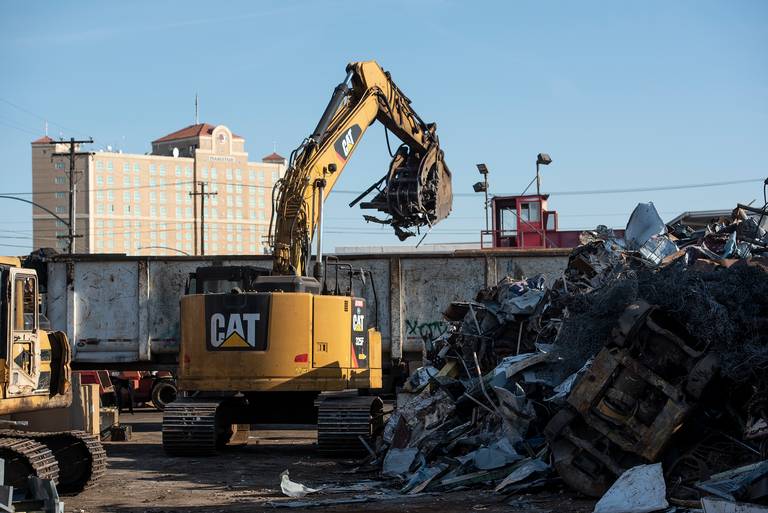 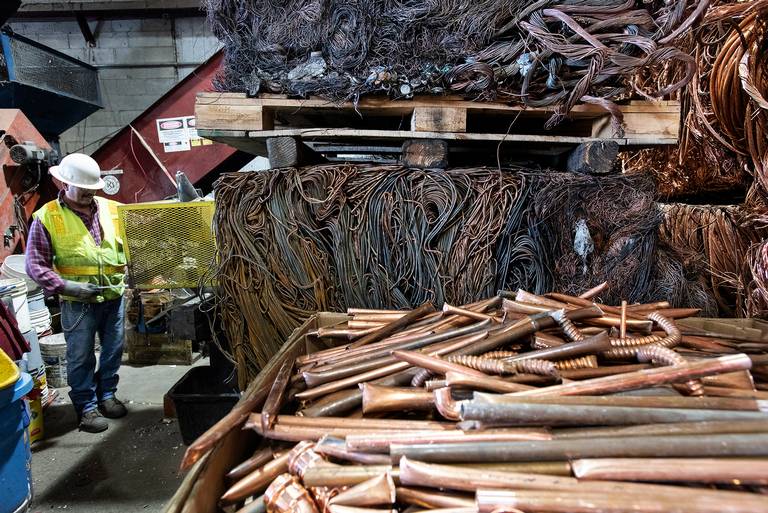 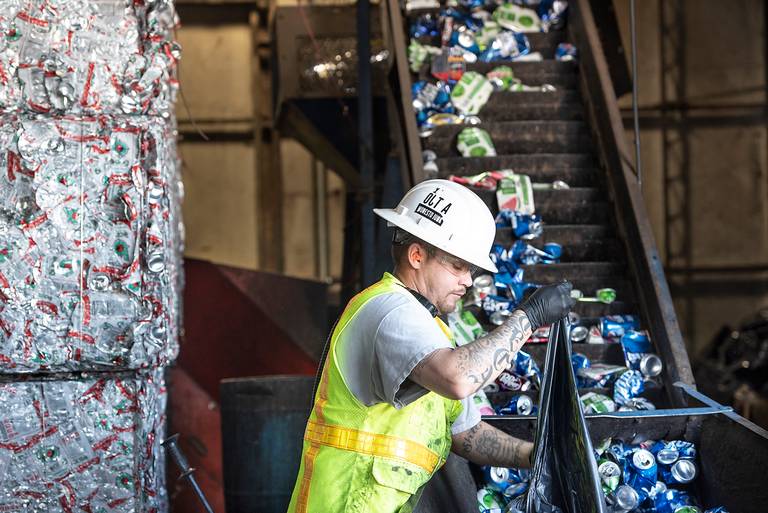 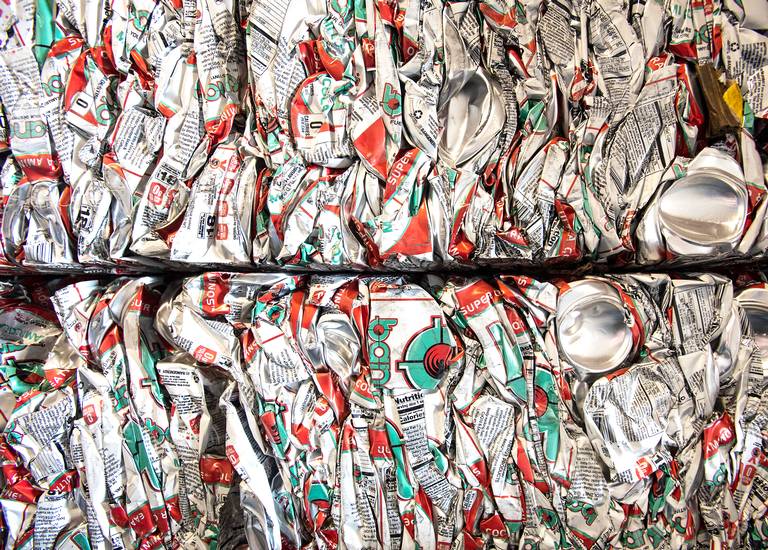 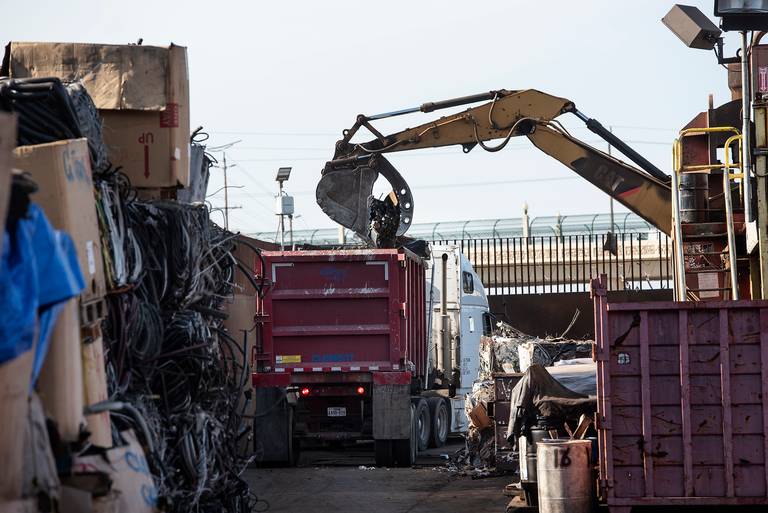 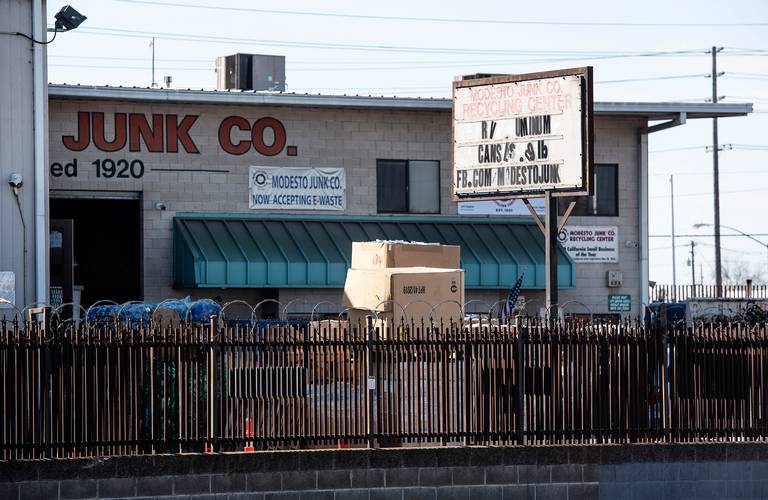