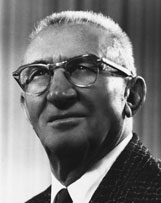 Born in Biržai, Lithuania (at the time, part of the Russian Empire) and spending some years as a youth in Latvia, Alex immigrated to the United States via Ellis Island, New York, in 1913.  Initially, he settled in Stockton (due to family connections), then moved to Modesto and married the late Nettie Zeff. He started Modesto Junk Company at its original and present location in 1920. “Junk”, as it was called then, and thus, the name today, was how one person’s waste became another person’s opportunity.  Rags, bones, newspaper, rubber and glass along with ferrous items (such as scrap iron) and non-ferrous items (like copper, brass, aluminum, stainless steel, and junk batteries) were purchased all throughout the area – primarily a farming and agricultural region.  During that time, Mr. Highiet drove his horse and buggy anywhere and everywhere he could to acquire “junk material”. In those early years, Modesto Junk Company also purchased and sold new and second hand pipe and steel, along with government surplus materials.  Alex and Nettie Highiet had three children: Harvey, Martha, and Barry.

Save Scrap For Recycling, got junk?, $AVE THE CAN$, and We want your junk. are some of our  company’s motto’s from over the years. Modesto Junk Company’s progressive growth and success from the World War II years through the millennium caused us to outgrow our facilities at various times. Although our company remains on its current site, it has expanded throughout the years to over two acres. In 1994, we went through an extensive and major rebuilding development to house ourselves in our current modernized scrap metals & recycle center facility. Dedicated in 1995, our current facility now incorporates scrap metal & recycling processing equipment to meet the demands of our customers, both local and international.